Oral milk is essential for the growth of a newborn baby. This is because in the first few days after birth, the above-mentioned nutrients are required to a certain extent more. The protein content of breast milk - casein - is much lower than in cow's milk, which contains 18 different proteins, similar to whey proteins. In the first weeks of this baby’s life, the absorption coefficient of breast milk fats is 90 percent, while in cow’s milk this figure is 60 percent. If a baby is constantly fed cow's milk, he may have a deficiency in carbohydrates and, conversely, an increase in protein, which can lead to various defects in the development and health of the child's body. Because cow's milk is boiled and consumed, the amount of many vitamins in it is significantly reduced.

According to Abu Ali ibn Sina: "Milk consists of three elements: water, colostrum and fat." Camel milk is high in water and low in colostrum and fat. That is why breast milk is always superior to cow's and camel's and goat's milk. 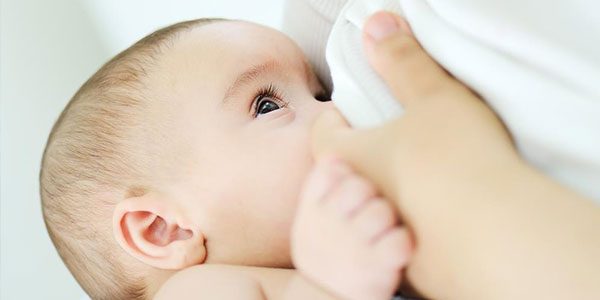 The substance lysozyme in breast milk kills pathogenic microbes from the baby's oral cavity to the colon and protects the beneficial microflora.

Exudative diathesis (chilla ulcer) is more common in children fed mainly with cow's milk or artificial mixture. Cow's milk also contains substances that perform immune functions. Often they are not genetically compatible with the child's body. The importance of iron in breast milk is enormous. Because its absorption is usually 70%, cow's milk is 30%, and in mixtures it is only 10%. It is important to take the breastfed baby for a walk in the fresh air in a timely manner. His need for vitamin D is fully met.

Studies have shown that breast milk is also important in protecting the mother from cancer. Breastfeeding protects the mother from diseases such as mastitis, inflammation of the mammary glands, breast cancer, ovarian cancer. Again, anemia is significantly less common in breastfeeding mothers.

As early as the 30s, breast milk was known to contain hormones and other biologically active substances. Although research in this area has developed extensively in recent years, the physiological and pathophysiological significance of hormones and other biologically active substances in it for the developing organism has not yet been fully explored.

At the Institute of Biochemistry of the Academy of Sciences of Uzbekistan on thyroid hormones and their essence, Academician Yo. Effective research was conducted under the guidance of Turakulov. In this case, the amount of thyroid hormones in breast milk and milk of various organisms was studied by comparative analysis. After the baby was born, the amount of hormones that first entered his body through milk was measured.

Studies have shown that breast milk contains large amounts of thyroid hormones. The thyroid hormones in milk have been studied to influence the formation of its endocrine system by the exchange of carbon dioxide in the body of the newborn. Milk also contains the hormone melatonin. It affects the pigment metabolism in the skin of the newborn.

Breastfed infants are 2,5 times less likely to become ill than infants fed formula and formula. This is due to the immunoglobulin in breast milk. This substance A increases the resistance of the child's body to infections. According to American scientist Audrey J. Naylor, “Every day, about 40 children die from the disease on Earth. This is due to a lack of breast milk. ”

Specialists have proven that breast milk is an important nutrient in the normal development and healthy formation of all their organs and systems in newborns. Therefore, it is important to ensure that every newborn baby enjoys its mother's milk. First of all, every parent is responsible for its implementation. After all, a healthy child is the future of our country, and every citizen must contribute to its development.